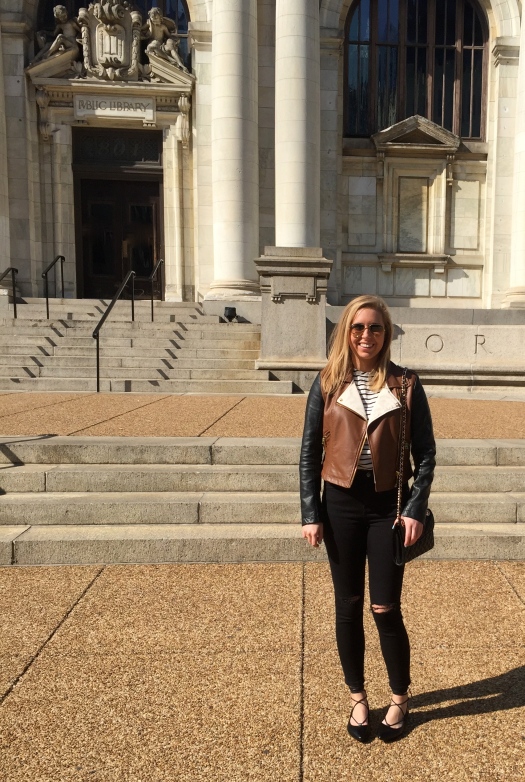 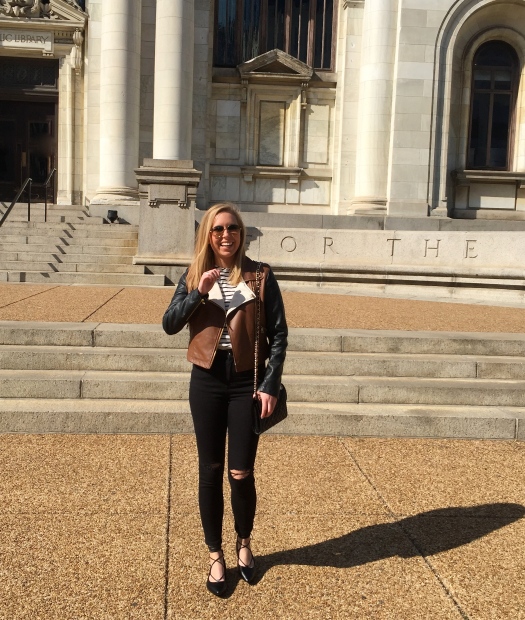 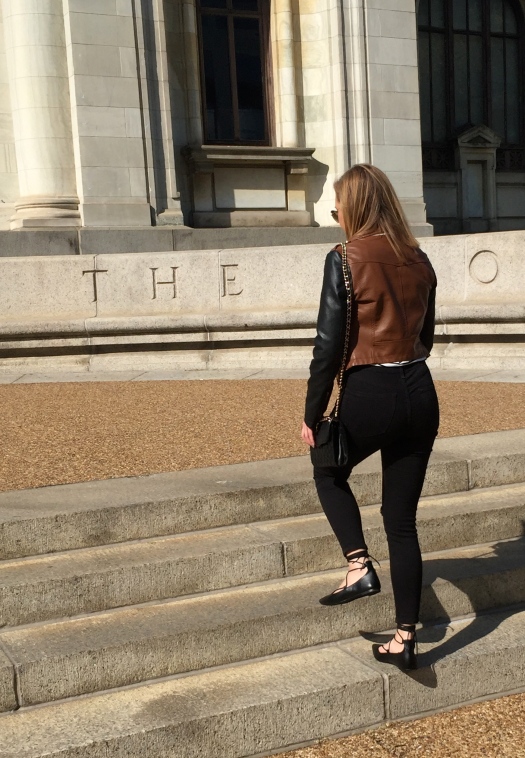 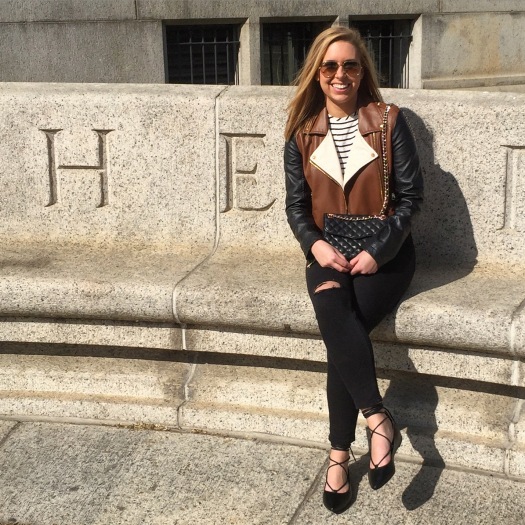 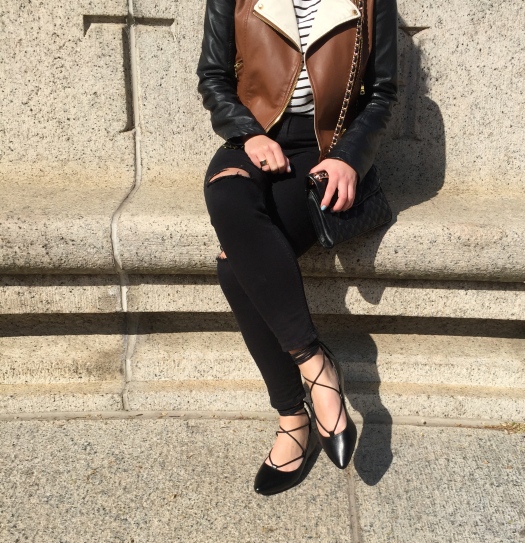 I’m a big fan of finding clothes and accessories in unexpected places. There’s less risk of showing up somewhere and twining with a stranger and you can score some pretty good deals by taking the time to dig through overlooked or underrated retailers. While walking through Metro Center the other day, the bright orange “BOGO” signs in the window of a Payless caught my eye. A sucker for a good sale, I figured there was no harm in looking, and ended up walking out with two pairs of inexpensive and chic shoes.

As a former ballerina, I’m instantly drawn to anything that reminds me of dance, so it was only a matter of time before I got my hands on a pair of lace-up flats. I’m hesitant to drop money on flats because almost every pair I’ve purchased has given me some nasty blisters, but I couldn’t pass these up for a mere $15.00.

I have to admit, I was surprised at how comfortable these flats are! I’ve had them less than a week and already worn them three times. Obviously, I paired them with jeans here, but I’ve been wearing them to work with flowy dresses and structured skirts. Word to the wise – double knot those babies in the back or else you’ll be stuck on the metro in rush hour with an extremely long untied shoelace!

*This jacket is a few years old and not available online anymore. Forever 21 keeps some old inventory around in their stores, so there’s a chance you could find it or something similar in store. I searched high and low online to try and find an equivalent to this, but didn’t have any luck aside from finding it on someone’s PoshMark site.