I’ve been going to Uncle Julio’s Mexican Restaurant (formerly known as Uncle Julio’s Rio Grande) for as long as I can remember. Seriously, my parents used to take my brother and I there when we were babies because its lively atmosphere was loud and people didn’t care if we cried. The restaurant has recently gone through some rebranding and when they reached out to me to come try their made-from-scratch fajitas, fresh margaritas, and chocolate piñata (yes, you heard right a CHOCOLATE piñata) I was ecstatic and recruited a friend to come along. (FYI, we visited the Arlington/Ballston location which is directly across from the Ballston Metro so getting there from DC couldn’t be easier!) 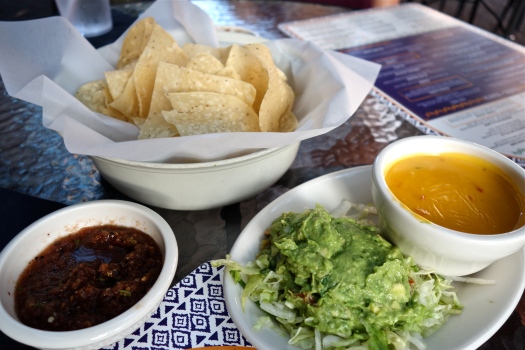 We started out with their housemade tortilla chips and fire-roasted salsa which every guest is greeted with when they sit down. I could eat their salsa by the gallon – it’s amazing and the perfect amount of spiciness! My friend and I are major cheese enthusiasts, so we split an order of queso and guacamole which was delish. Since we got the combo appetizer with queso, we didn’t get the guac made tableside, but I highly recommend you order that if you go! A chef will make the dip right in front of you and you can completely control everything you want to go into, adding in extras like jalapeños or reducing the amount of salt that goes into it. 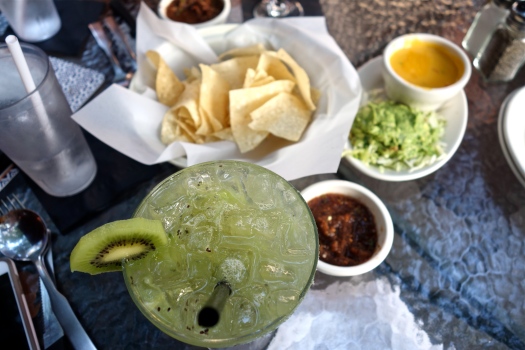 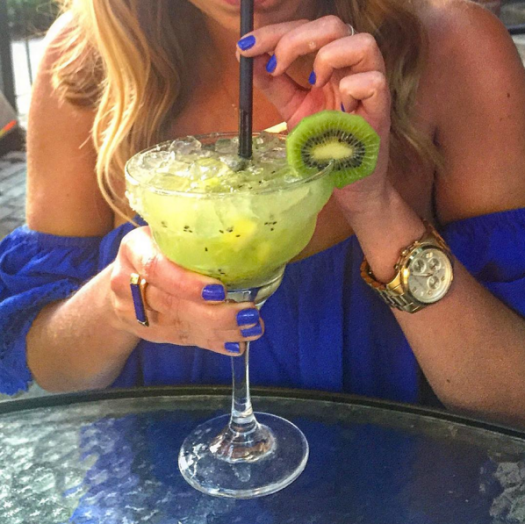 Of course, no Mexican meal is complete without a margarita. Typically, I default to the traditional house margarita, but our waiter Alex (who was fantastic by the way), sold us on the fresh squeezed kiwi marg, and I’m so glad we went with those because they were unreal. Confession – neither of us had ever had a kiwi before this drink! P.S. This may be the prettiest margarita I’ve ever seen. 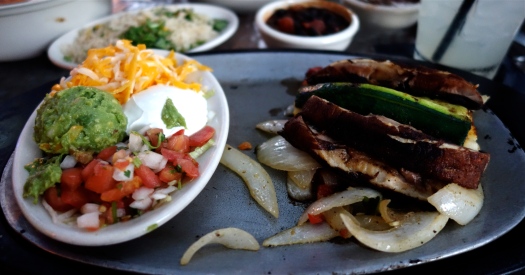 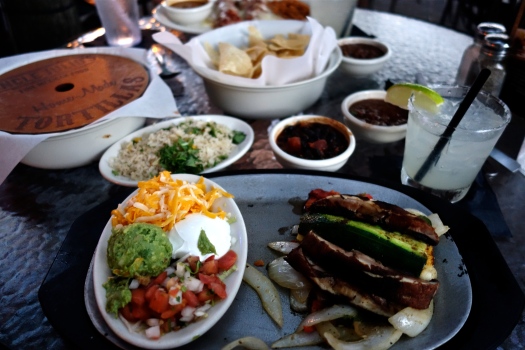 For our main meal, my friend went with the chicken enchiladas with red sauce, and I ordered the grilled vegetable fajitas. The fajitas came with more guacamole, sour cream, cheese, pico de gallo, Mexican rice, frijoles a la charra, sautéed peppers and onions with homemade flour tortillas in addition to mesquite grilled portobello mushrooms and squash. The dish was served sizzling hot on a metal plate and all the toppings took up half the table! I could have eaten the entire dish because I’m a bottomless pit but I’d recommend splitting this with a friend if you want to save room for dessert. 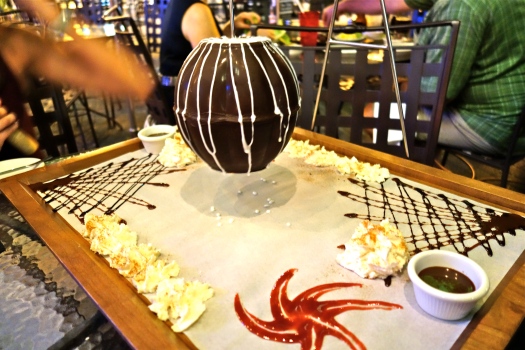 Now what you’ve been waiting for – the chocolate piñata. (Side note, I apologize for the lighting on these photos, we sat outside and since we went after work it was dark out by the time we got around to dessert!) We weren’t entirely sure what to expect, but the head chef Carlos, presented us with what can only be described as as masterpiece. The piñata was crafted out of creamy milk chocolate and filled with cinnamon sugar mini churros, fresh strawberries, blackberries, and pineapple. My friend did the honors and cracked the piñata on her first try and it was so much fun to watch everything fall out! I definitely regret not taking a video of it. We felt like we were eating Mexican fondue as we dipped the fruit and churros into housemade whipped cream, chocolate, and caramel sauces. We talked about how this would be the perfect dessert for a birthday party or special occasion, and how kids would love getting the chance to crack it open! 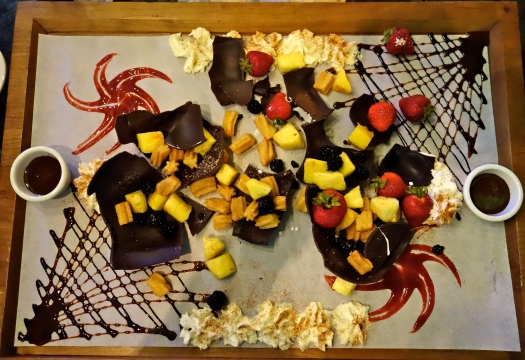 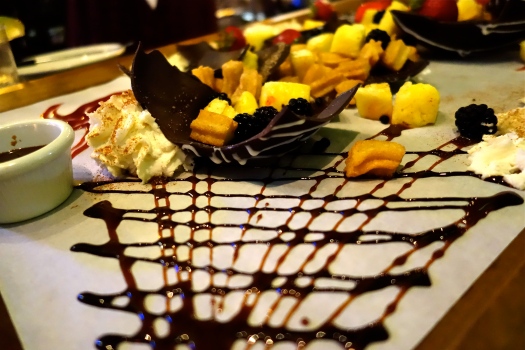 We left the restaurant in a total Mexicoma, but the food, service, and atmosphere was amazing and we’ll definitely be back! Thank you so much for having us, Uncle Julios!