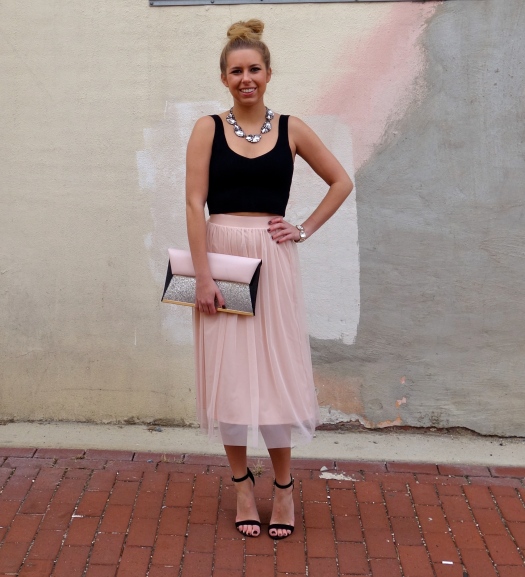 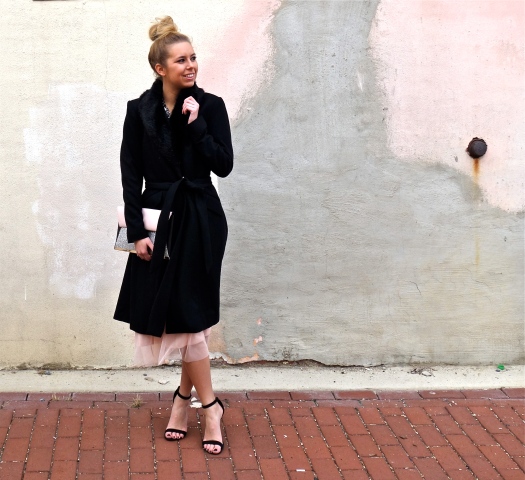 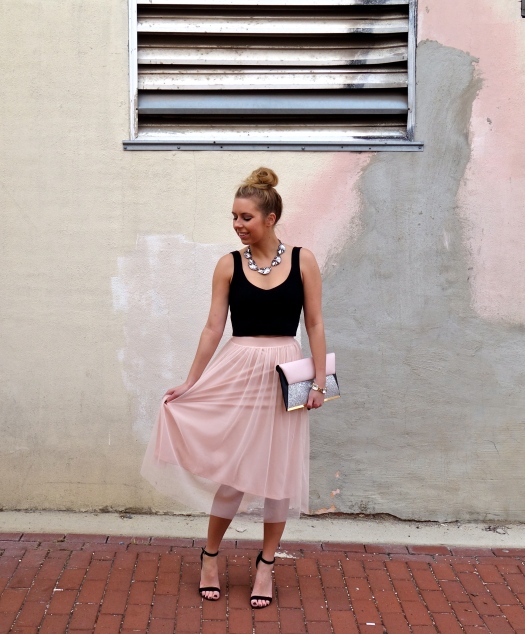 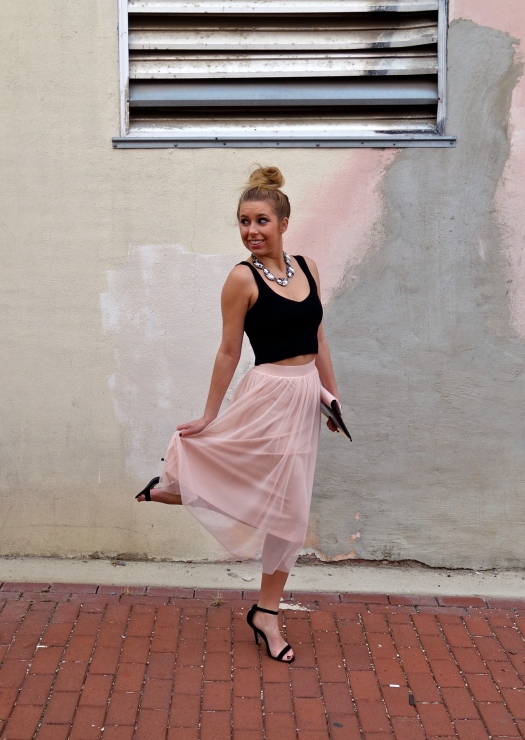 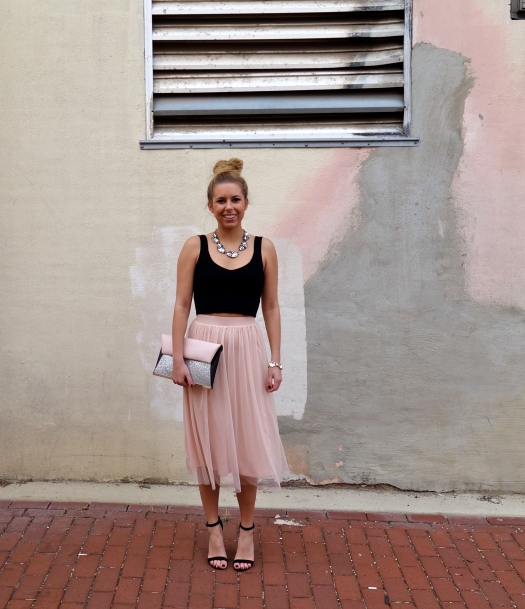 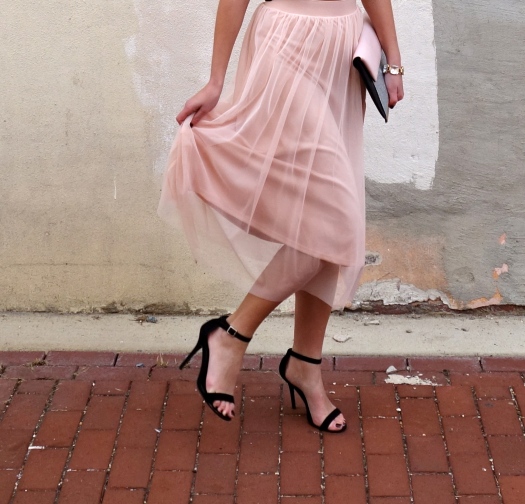 I’ve mentioned it before, but I took ballet classes from as soon as I could walk until I went off to college. Somehow, even after spending 16 years in tights and leotards, I’m still drawn to ballet-inspired pieces and this outfit is 100% a modern take on the prima ballerina.

The dress code for my company’s holiday party this year was “festive cocktail” and I thought I had my outfit on lock – a sparkly off-the-shoulder top and black jeans – until I found out the majority of my coworkers were getting more dressed up. Cue instant panic the night before the party as I realized I hated everything in my closet that had sequins on it. I spent a few hours frantically digging through clothing racks around Metro Center the night before and when I saw this skirt in H&M I instantly wanted it for no reason just because of its ballerina-esque silhouette and tulle fabric. I ended up getting a sparkly jumpsuit for the holiday party but of course, on my walk home I made up my mind that I already wanted to return it. Back to square one.

That night, we watched Black Swan for the first time (I know, I’ve been living under a rock) and after I got over the shock of the movie, its beautiful costumes pretty much solidified next year’s Halloween get up as well as the fact that I was going to make my new tutu skirt work for the holiday party the next night.

It was a little bold to wear a crop top to an office holiday party, but the sliver of skin it showed was so slight that I don’t even think half of my coworkers realized it wasn’t a dress. Sparkly accessories helped this look  meet the mandated “festive” part of the dress code and my go-to strappy heels elevated the combo to be cocktail appropriate. (Full disclaimer – I did actually brush my hair for the party instead of wearing it tucked into a messy bun. we didn’t have enough time to shoot before because it gets DARK SO EARLY but this look was good enough to drag my hungover butt out the door the next morning and document it.) Shop my look below!